BYU Honor Code Criticism Is About Discrimination, Not Sex 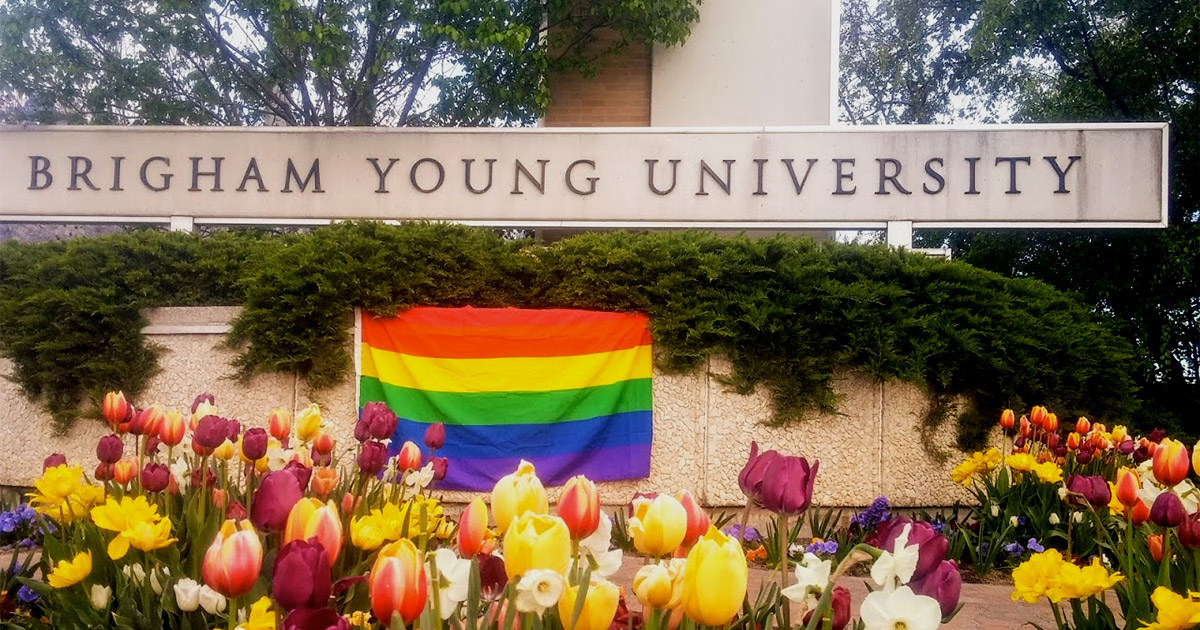 Brigham Young University professor Hal Boyd took on the weighty subjects of discrimination and diversity at the university and in the larger academic landscape in a Deseret News opinion piece. He did so in response to both the American Geophysical Union and the Geological Society of America pulling their job postings from BYU channels. The organizations pulling their postings did so saying that BYU’s honor code, which prohibits any expression of same-sex attraction, was contrary to their ethics. Boyd argues their position as ironic; as conservative voices, like those from BYU, are kept out of the conversation.

Boyd immediately errors in his argument in providing the fallacy that the issue lies with many within the realm of higher education believing “regulating sexual behavior above and beyond mere consent is retrograde.” His immediate turn to “sexual behavior” underscores the challenge of having a constructive dialog regarding same-sex attraction and relationships. Minds like his immediately turn to sex, and as a general reality, American society remains entrenched in Victorian ideals where even the open discussion of sex is cause for objection. This short circuit has ended far too many discussions that could have otherwise been productive, and it’s what Boyd is attempting to do here.

Boyd’s argument is summed up thusly: As a religious university, BYU has the right and obligation to have and to uphold a morality code that includes the prohibition of sexual behavior. How dare anyone retaliate against the university for doing so or ask that the university sanction sexual behavior as the price of admittance to the wider academic community!?

Currently, the BYU Honor Code prohibits “not only sexual relations between members of the same sex, but all forms of physical intimacy that give expression to homosexual feelings.” This is broad language that continues to cause anxiety among LGB students. Are hugs okay? Hand holding? Kissing? Cuddling? It’s unclear. What is clear is that these activities are not prohibited for straight students. In fact, BYU’s reputation for not only being a place to get an education, but also a spouse, is an argument that these activities are encouraged; but only if you’re straight.

I agree with Boyd in that BYU has the right and obligation of setting a moral code for its students. After all, it’s a private church-owned university. However, as with all rights that we have as individuals or institutions, the exercise of that right isn’t guaranteed to be free of consequences. If BYU desires to continue to discriminate against its LGB students, it’s free to do so. However, if the broader academic community condemns such discrimination and turns that condemnation into actions, like ceasing to post jobs to BYUs channels, then that’s a consequence that BYU has to live with.

However, there’s another option. Nobody is criticizing or arguing that BYU should not have standards for sexual behavior. BYU could maintain those standards, but in doing so incorporate what Dallin H. Oaks said when the Church moved away from treating same-sex marriage as apostasy, and create an honor code where “immoral conduct in heterosexual and homosexual relationship[s] will be treated in the same way.”