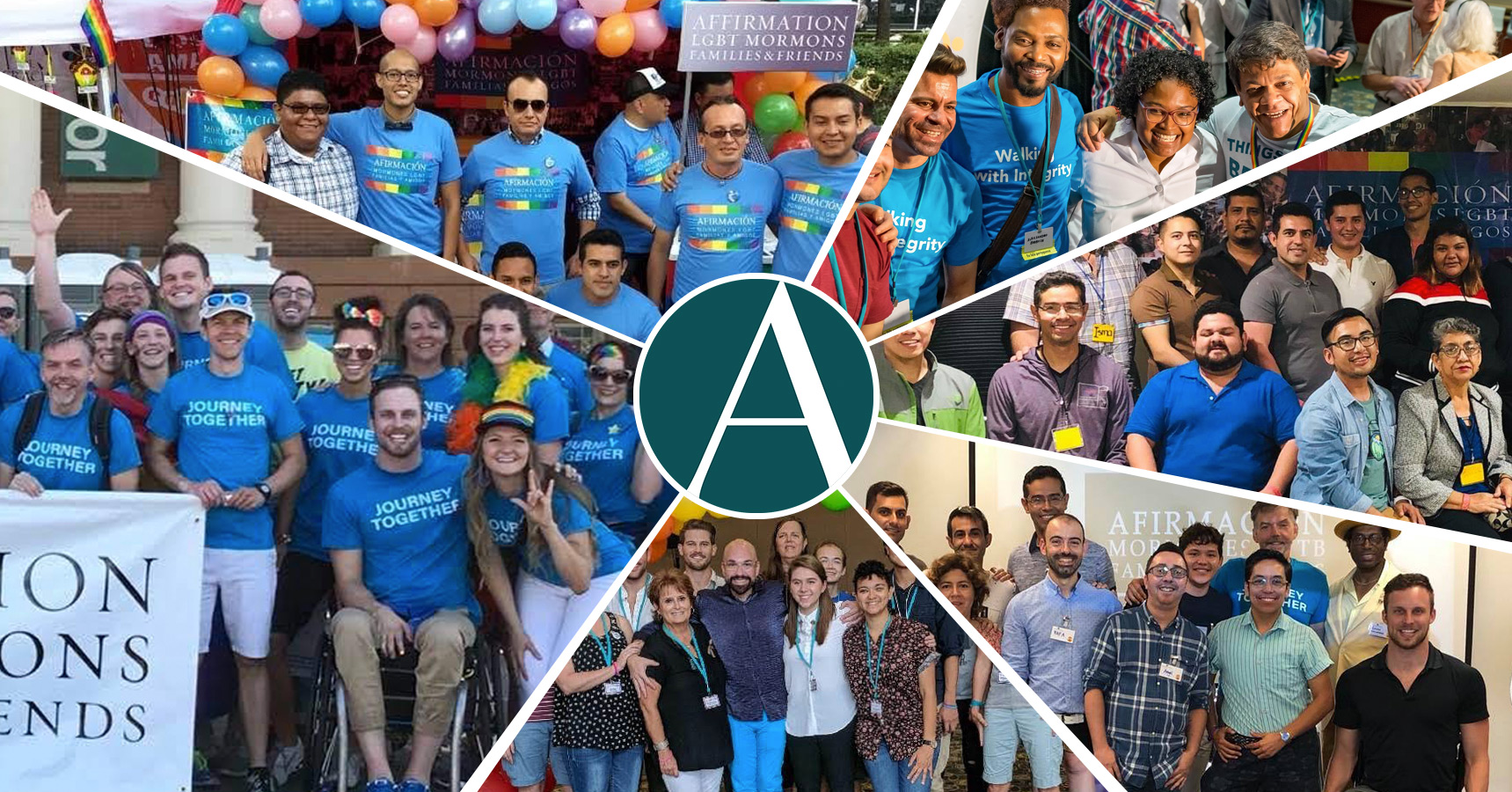 This is the second in a series of articles leading up to the 1997 Affirmation International Conference in Salt Lake, August 21-24, 1997.

As D. Michael Quinn points out in Same-Sex Dynamics among Nineteenth-Century Americans, the way today’s world understands same-sex relationships is not how earlier generations have understood them. While intimate relationships between people of the same sex were not uncommon during 19th century Mormon history, these were not necessarily sexual. For instance, on July 8, 1837, Mary Fielding Smith observed that “some of the Sisters were engaged in conversing in tongues their countenances beaming with joy, clasped each other’s hands and kissed in the most affectionate manner” – an intense, but apparently non-sexual, expression of affection and intimacy. On the other hand, the true nature of expressions of affection between women is not always clear. Also in the late l830s, a 27-year-old Mormon girl wrote to her second cousin, who had been her roommate at Amherst College, “If I could sleep with you one night, [I] think we should not be very sleepy… at least I could converse all night and have nothing but a comma between the sentences, now and then.”

Quinn refers to love between women as “female homoeroticism.” The first known reference to female homoeroticism in Mormon history occurred in 1856 when a Salt Lake man noted in his diary that an LDS woman was “trying to seduce a young girl.” The term “lesbian” first appeared in 1870, used in a diary as the equivalent of the word “sodomy.” Three years later, in 1873, the Women’s Exponent magazine reprinted an essay entitled “Women Lovers.” Written by a non-Mormon, it began, “Perhaps you do not know it, but there are women who fall in love with each other.”

Since the time the pioneers entered the valley, Mormon women have fallen in love with other women. While many such experiences were private, the organization of what we would today call a lesbian community began before the end of the last century. In 1891, when the gay-associated Bohemian Club of Salt Lake was incorporated, both women and men were included as members. Its principal incorporator and benefactor was Katherine Young Schweitzer, granddaughter of Brigham Young. Still, it was not until 189Z, when the Deseret News published a story about a Memphis, Tennessee, woman who was accused of murdering her girlfriend, that the LDS community became exposed to lesbianism in a public way.

At the same time that the LDS community became aware of lesbianism in the larger society, relationships between women within the LDS community were often celebrated or encouraged. Mormon suffragist Emmeline Wells, for example, publicly praised the same-sex relationship of Francis Willard, President of the National Women’s Christian Temperance Union. In 1912, the first explicit reference to lesbianism in an LDS magazine occurred when the Young Woman’s Journal paid tribute to “Sappho of Lesbos.” Nine years earlier, in l903, the same magazine had published a poem by Kate Thomas celebrating her same-sex love. Thomas, a devout Mormon who never married, wrote of her lover, “from her lips I take Joy never-ceasing.” In 1919, the Children’s Friend published an account of the love between the Primary general president, Louise B. Felt, and her first counselor, May Anderson, who were referred to as the “David and Jonathan” of the Primary General Board.

During this same time, Mildred J. Berryman began a study of 24 lesbians living in Salt Lake. She continued her study of lesbians and gay men until 1938. Berryman’s work has the distinction of being the first community study of lesbians performed in America. One of the women Berryman interviewed for her study, Cora Kasius, was a staff member of the Relief Society who went on to become a faculty member at Barnard College and a liaison officer for the United Nations.

By 1952, the LDS community’s understanding and acceptance of same-sex relationships was beginning to change. That year, First Presidency counselor J. Reuben Clark first publicly announced the existence of lesbianism. (Not surprisingly, he was warning Church members against the practice.) Within seven years, Church officials had become very concerned about what they saw as the growing problem of homosexuality, though the term was generally used in relation to men.

Since then, rhetoric against homosexuality has intensified. While there is ample documentation about the impact of Church policy on gay men, it is less clear to what extent women have been impacted. In general, we know very little about the experiences of LDS women who love women. Did homoerotic love occur between polygamous wives? What about female missionary companions? What has been the role of Mormon lesbians in the feminist movement? Were women at BYU subjected to electroshock aversion therapy (as gay men were)? To what extent have Mormon women engaged in “Boston marriages”? Hopefully, the answers to these and other such questions will be made known as researchers and historians begin to focus on the experiences of women who love women, who are or were LDS.